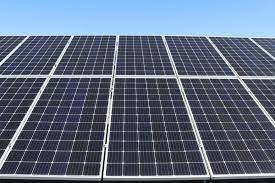 President Biden built a $150 billion clean-energy plan into the Build Back Better initiative. The $150B investment will wean the U.S. power grid off carbon-based fuels by 2035. The plan would reduce the use of coal and natural gas substituting non carbon sources.

The idea is to use financial incentives to make non carbon fuels lower cost- driving the energy production market toward greener sources of energy. For example, energy suppliers would be eligible for grants if they increase the amount of clean electricity supplied to customers by 4% compared with the previous year.

Other highlights of the plan before congress include funding electric-grid improvements, decarbonizing federal buildings and vehicle fleets, providing home and appliance efficiency rebates, and subsidizing solar projects in low-income communities.

The plan is part of the larger budget reconciliation package working its way through congress. Budget reconciliation bills only need a majority in the Senate, rather than the usual 60 votes needed to break a filibuster. An open question is whether all Democratic members of the Senate will vote for the package- and specifically the energy efficiency and non-carbon energy source portions of the package.

AzPHA participated in this press conference last week with a main goal of letting Senators Sinema and Kelly as well as Representative O’Halloran the importance of making sure that the green portions of the budget reconciliation package make it into the final budget. Here’s the story in the Republic about that presser:  Arizona advocates urge Congress to address climate change.