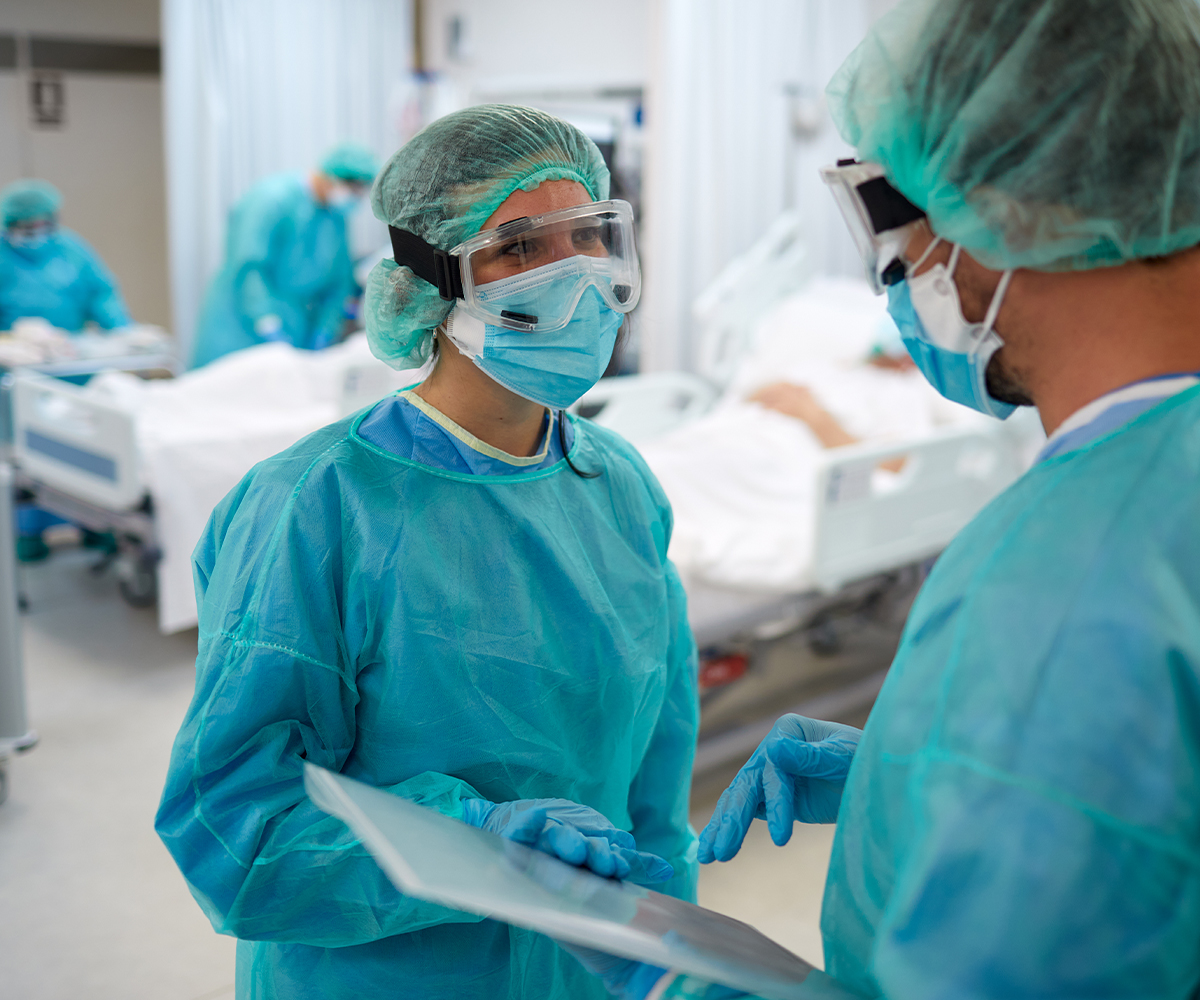 Weekly Report Introduction by Dr. Gerald:
Case counts continue to trend down slowly in most places with Yuma being the first county to fall below the threshold marking high transmission, <100 cases per 100K residents per week. Although still absurdly high, test positivity is receding following the Labor Day disruption in testing patterns.
Hospital occupancy has finally begun to drop off its plateau but available occupancy (excess capacity) remains on a razor thin margin. Rural hospitals are complaining about not being able to transfer their patients to urban centers. There’s just not much slack in the system and our ability to respond to any new threat is compromised. Let’s just hope we don’t find out the hard way.
Arizona’s judiciary is poised to rule on the governors’ and legislature’s attempts to prevent schools from requiring masking.  New data was released in the MMWR this week, some from ASU/MCDPH/PCHD confirms what we already suspected/knew – fewer outbreaks occur in schools requiring masks compared to those that do not.  Good data from local and national sources bear this out.
In an important reversal of my prior communication, it looks like COVID-19 deaths will almost certainly reach 300 deaths per week the week ending September 5th (already at 280) and/or September 12th (already at 218).  I just wasn’t patient enough to allow death notifications to make their way through the system.
The big news this week is that the FDA advisory panel on vaccines recommended Pfizer third dose boosters for those 65+ or at high risk but the CDC director over-ruled her advisory panel and recommended occupation as reason among those younger than 65.
Everyone is weighing in on this so I might as well. I support the FDA and CDC advisory committees’ original recommendations and think the CDC Director erred in over-ruling them. Use of executive privilege in these situations is becoming all too common and panders to the extremes no matter which party’s appointee does it. One of the potential benefits of advisory committee decisions is that they are at least somewhat insulated from political considerations, not that they always get it right.