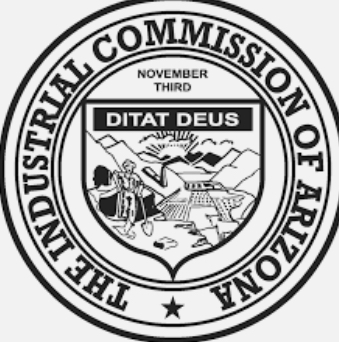 Last week the Occupational and Safety & Health Administration started procedures to revoke their agreement with the state of Arizona to delegate OSHA’s workplace safety and health regulations to Arizona. In their announcement, OSHA cited a “decade-long pattern of failures” by the state.

OSHA cited long-standing poor performance by the Arizona Department of Occupational Safety and Health, which is overseen by Governor Ducey and part of the Arizona Industrial Commission.  The feds specifically cite lax penalties, standards, and follow-up. OSHA believes that Ducey’s ADOSH is “… either unable or unwilling to maintain its commitment to provide a program for worker safety and health protection.”

Earlier this year, OSHA sent a sternly worded to Governor Ducey [see letter] admonishing the Governor for publicly stating that ADOSH was not going to enforce OSHA COVID-19 regulations. According to OSHA, Arizona was the ONLY state to make that brazenly irresponsible policy decision.

So far, the governor appears willing to cede ADOSH authority to OSHA given his only public statement on this matter is that this action is a “political stunt and power grab”. If he were really interested in keeping enforcement of workplace standards in house, you’d think he’d say “we’re looking into it and will make any necessary corrections. Stay tuned for more corrective action from ADOSH” or something like that.

Here is OSHA’s official notice of reconsideration/revocation and here’s the direct link to provide specific information to OSHA about ADOSH’s effectiveness at enforcing (or mostly not enforcing) workplace health & safety regulations in Arizona [Docket # OSHA-2021-0012]. We encourage Arizonans with specific information about ADOSH’s effectiveness at enforcing (or not enforcing) workplace health and safety standards to let OSHA know your thoughts on that link.

Summary: On June 20, 1985, the Federal Occupational Safety and Health Administration (OSHA) granted Arizona’s occupational safety and health plan (State Plan) final approval under Section 18(e) of the Occupational Safety and Health Act of 1970 (the OSH Act). In this notice, OSHA proposes to revoke its affirmative determination granting final approval to the State Plan. If revocation is determined to be appropriate, the Arizona State Plan will revert to initial approval and Federal authority for discretionary concurrent enforcement would resume, allowing Federal OSHA to ensure that private sector employees in Arizona are receiving protections that are at least as effective as those afforded to employees covered by Federal OSHA.

P.S. The Director of the Arizona Industrial Commission is James Ashley. His qualification to run the Commission? He was a republican political affairs consultant for 8 years and before that worked as a staffer to former Representatives Ben Quayle (2 years) and John Shadegg (8 years). No editorial comment needed.

Are More Suicide Prevention Interventions on the Way this Legislative Session?