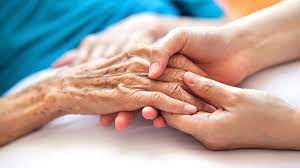 That Sunset Review for ADHS happened back in 2019. The Auditor General reviewed ADHS’ performance with respect to following up on nursing home complaints (ADHS is the regulatory authority for nursing homers).

That 2019 Arizona Auditor General Report found, among many other things, that ADHS (during the Director Christ era) failed to investigate, or timely investigate or resolve many long-term care facility complaints. The report laid out 4 key areas where performance improvement was needed. Director Christ (and Deputy Colby Bower) made promises at the time to make the improvements. The state legislature even followed through, giving the agency an additional $1.6M to hire staff.

The auditor general’s team came back in 2021 to see whether the ADHS had made any improvements. Astonishingly, the report issued this week concluded that the agency had not implemented any of the required changes, and also found these disturbing findings:

The interim joint committee of reference is asking for quarterly reports from ADHS, told ADHS to be transparent about how they classify complaints, legislature will make sure CMS knows about the audit reports, the ADHS is supposed to fully cooperate with the auditors on follow ups. No mention of the committee urging state or county law enforcement investigations though.

Note: To be fair to the current ADHS leadership team- the review period for the Auditor General’s Report was from July 1, 2019 through April 21, 2021. Director Christ was the agency director for that entire period and Colby Bower was the head of Licensing. Both of those persons left the agency in late 2021 and now are in well paying senior leadership positions at Blue Cross Blue Shield of Arizona.

From the new Auditor General Report:

‘As described in the transmitted follow-up report, we found that the Department has not implemented any of the 5 recommendations from our September 2019 report, and we identified additional significant complaint-prioritization and investigation failures that have continued to put long-term care facility residents’ health, safety, and welfare at risk.’ For example:

The key to whether the agency fixes these potentially lethal deficiencies lies with whether Interim Director Herrington admits to the program failures and commits to fixing the problems. If he stonewalls as his predecessor did, we will likely be stuck with poor performance until the next administration.