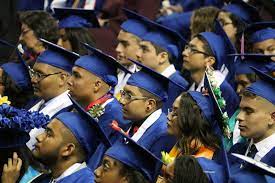 Fifteen years ago, a ballot measure passed that punishes Dreamers – kids who were brought to Arizona by their parents as a child without proper documentation. That measure, called Proposition 300, prohibits Dreamers (people in the Deferred Action for Childhood Arrivals program) from qualifying for in-state tuition at our public universities and community colleges. It also stops them from competing for scholarships funded by local or state government.

Each year about 2,000 students graduate from Arizona high schools only to run into a brick wall because of that law. Dreamers have to pay a lot more for tuition in Arizona public universities & community than their high school classmates even if they’ve been living in Arizona and went to high school here.

For example, a Dreamer graduating from an Arizona high school pays more than $326 per credit hour at a Maricopa County Community College while his or her classmate from the same high school pays only $85 per credit hour. In-state tuition at ASU is $10,978, but for an in-state Dreamer it’s $16,500 and they’re not even allowed to compete for local or state government scholarships.

On what planet is that fair?

Proposition 308 fixes that inequity by letting Dreamers who went to high school in Arizona pay in-state tuition & compete for scholarships at our universities and community colleges just like their classmates.

The simple fairness of Prop 308 will help public health and economic development too. Research shows that college graduates have a $380,000 net positive contribution to the state and graduating from a community college or university is often a fast pass out of intergenerational poverty.

If so, you only have one choice: Vote YES on Proposition 308.