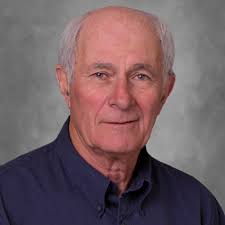 Ken Burns gripping documentary, “The U.S. and the Holocaust” brought back memories of my own family. My four grandparents immigrated from eastern Europe in the 1890’s and settled in New York. My parents were born in New York, met, married and had two children in the city. My father and his sister were orphaned and raised by cousins. My father got his college degree from City College, his Master’s in Business from NYU, and became the Chief Operating Officer of an international textile corporation with headquarters in New York.

My aunt moved to Paris in the 1920’s to study at the Sorbonne. When the war started, she joined the OSS (the precursor to the CIA). She served in North Africa and Europe. A true immigrant story. At the end of the war, my aunt returned to Europe to search for the cousins she had met in her years living in Paris. They had all perished in the Holocaust. My own history makes me reflect on big lies that have had horrific consequences.

The Big Lie #1. When Adolph Hitler rose to power in 1933, he propagated the big lie that the Jews of Germany had caused the country to lose World War 1. He added to that lie by saying the Jewish population was the cause of all the problems the country faced in the Great Depression. Joseph Goebbels, his Minister of Propaganda, said it well: “A lie once told remains a lie, but a lie told 1000 times becomes the truth.” My dear friend Sue was born in Stuttgart, Germany, in 1937, into a family that had lived in the country for centuries. Her father served in the German Army in World War 1 but that did not matter because he was a Jew. They escaped to the United States in 1938. I met Sue when we were in high school. Those big lies led to the death of millions of innocent people.

The Big Lie #2. For hundreds of years witchcraft was believed to exist. There are estimates that tens of thousands of people (mostly women) were convicted of witchcraft and hung, drowned or burned at the stake. The American colonies were not immune to this big lie with the most infamous being the Salem witch trials of 1692-1693 in which 19 individuals were executed. This event has been described as a case of mass hysteria. In the 1950’s, the Massachusetts Legislature passed legislation exonerating the people who had been executed.

The Big Lie #3. Joseph McCarthy was a United States Senator from Wisconsin, serving from 1947 to 1957. He propagated the big lie that the United States was the target of widespread communist subversion. He claimed to have lists of communists in the State Department, the administration of President Truman, the U.S. Army and other government agencies as well as in Hollywood. There were no lists. Eventually Senator Margaret Chase Smith called him out and the Senate censured McCarthy. Today the term, “McCarthyism” stands for a demagogue who makes reckless and unsubstantiated accusations.

The Big Lie #4. “Separate but Equal” was a legal doctrine employed in the years after the Civil War. It included segregation in housing, education, health care, transportation and many other services. The fact is that these services were separate but definitely not equal. The Supreme Court decision in Brown v. Board of Education in 1954 started the dismantling of this noxious practice. The passage of the Civil Rights Act of 1964 was historic. In 1963, I was a newly commissioned USAF Captain stationed at Gunter AFB in Mongomery, Alabama. I was living in a motel in the city when I heard the screech of tires. I went out in the street to find a man who had been hit by a hit and run driver. I gave first aid and called for an ambulance. When the driver arrived, he looked at the injured Africa-American and said we had called the wrong ambulance. We needed to call the “Black Ambulance.”

The Big Lie #5. American Indian boarding schools were established in the United States to “civilize” Native American children. One of the largest schools was in Phoenix, and we still drive on Indian School Road.  The schools were usually harsh as the children were forcibly removed from their families, had their hair cut and were not allowed to speak their native language. Many of the children died, and we are still finding evidence of unmarked graves. Eventually, through court action and legislative victories, the system was shut down.

The Big Lie #6. Following the Japanese attack on Pearl Harbor, President Roosevelt issued Executive Order 9066, that led to the incarceration of some 120,000 people of Japanese ancestry in concentration camps in the western part of the country. That included camps in Arizona. Some two thirds of those incarcerated were United States citizens. The big lie was that they were a threat to the country. That was false. Many volunteered to serve in the military and their units were among the highest decorated combat units in the war. In 1988, President Reagan signed the “Civil Liberties Act” which apologized for the incarceration. My friend Judy was born in Los Angeles in 1938, to Japanese parents. In 1942, she and her entire family were deported to the Poston War Relocation Center on the Colorado River Indian Reservation. At its height, the camp had 17,000 inhabitants and was the third largest city in Arizona. When Judy and family were released in 1945, they returned to Los Angeles but had lost their home and business.

The Big Lie #7. In 1964, the United States and North Vietnam were engaged in a limited confrontation in Southeast Asia. On August 4, 1964, the USS Maddox, an American destroyer, was patrolling in the Gulf of Tonkin between China and North Vietnam. The commander of the Maddox reported that the ship was being attacked by North Vietnamese boats. Later evidence proved that there were no hostile ships in the area. The outcome of this error was the passage of the “Gulf of Tonkin Resolution.” That gave President Johnson the authority to deploy US troops to South Vietnam and commencement of open warfare against North Vietnam. Marines were deployed to DaNang in early 1965, and I arrived there on Labor Day of that year.

The Big Lie #8. Immigration has been a contentious political issue for centuries and remains so today. The term was coined in the 17th century referring to non-warlike population movement. It has been a constant in our country since the landing of the passengers on the Mayflower. They were immigrants fleeing religious intolerance. We, however, have spent time and resources limiting new immigrants. In 1882, Congress passed the first of many immigration laws; “The Chinese Exclusion Act.” In the 1920’s, Congress passed several laws that put quotas on immigration from certain countries. Ken Burns chronicles how those quotas kept scores of people from escaping Nazi Germany death camps. The last comprehensive immigration law was signed by Ronald Regan in 1986. There are any number of big lies concerning immigrants. They won’t assimilate. FALSE! They don’t pay taxes. FALSE!  They are here to get government benefits and won’t work. FALSE!  Today we have a border wall, DACA immigrants, transport to northern cities and other political issues. It is time for Congress to perform its function and act.

The Big Lie #9. November will be the third anniversary of the start of the Covid pandemic in Wuhan, China. Since then, the disease has ravaged the world with over one million deaths in the United States. One of the great scientific efforts has been the development of vaccines that are safe and effective. That has also led to an avalanche of big lies concerning the vaccines. Let me mention a few. When you get the shot, you will have a microchip injected into your arm, FALSE! The vaccine is made with fetal tissue. FALSE! The shot will alter your DNA. FALSE! The vaccine will make you unable to have children. FALSE! And more big lies.