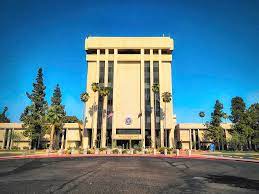 Within a few days we’ll probably know who the next governor will be. Whether it’s Hobbs or Lake – they’ll just have a few weeks to get prepared to accept the responsibility of being governor (the inauguration is Monday, January 2, 2023).

While you might not hear anything about getting prepared to govern on the campaign trail, most candidates have an action plan in case they win. If one starts thinking about the transition after the election, they’re putting themselves at a disadvantage governance-wise. Preparing to take office usually starts with forming a transition team.

Most governor-elect’s will announce who’s on their ‘transition team’ shortly after the election is called in their favor. They almost always will have a single person who is the “head” of their transition team, but sometimes there’s a fake head of the team and a real one.

Governor elect’s often name all the members of the transition team when they announce the leads. Team members come with various areas of expertise and sometimes have a stake in who ends up in positions of leadership in state government – but not always. Here are the persons that were on Brewer’s Transition Team.

Governor elect’s also frequently set a “transition tone” by showing greater interest in certain issues & agencies. They sometimes also have a preconceived view of an agency (often negative). For example, in a half-hour interview with Dennis Welch this week Kari Lake indicated she will “… clean house at the Department of Health Services and fill it with doctors who understand science.”

Transition team members are usually divided into groups that focus on specific areas of the executive branch. Here are some typical examples of working groups:

What Does a Transition Team Do?

The personnel & policy recommendations made by the transition team can have a profound (and long-term) impact on state government operations and decision-making.

One of the first things the transition team groups do is ask for the agency’s briefing materials. As they review the quality and content of the briefing documents, they ask themselves: Is this high-quality and professionally prepared? Are the materials objective or self-serving? Do they appear to be prepared at the last minute? How useful is the information?

The transition team also schedules individual meetings with existing agency directors and their assistants. They usually ask for a 1:1 format so they can get honest answers. For example, if an agency has a weak director who doesn’t know the agency’s subject matter, pays little attention to detail, and/or has difficulty making decisions – the team would like to hear about that from the assistant and deputy directors in an environment where they’re more likely to get honest assessments.

The interviews between the transition team and persons in agency leadership positions are a tightrope walk. If you speak with candor about the weaknesses of your agency director and the sitting governor’s team, you’re risking being dismissed before the inauguration (if there’s a leak). If you’re not honest or withhold your opinion of existing leadership, you risk giving the perception to the transition team that you are part of the problem rather than part of the solution.

Transition team members also often talk to key stakeholder groups that work or are affected by agency decisions and operations. For example, I’d expect members of the upcoming transition team for ADHS to talk with a few of the directors of the county health department to find out what they think of the current director and leadership team – and to get a sense of agency strengths and weaknesses.

Likewise, I’d expect the transition team group to talk with those regulated by the agency’s licensing division and the bureau of emergency medical services. I’d expect them to reach out to the behavioral health community to get a sense of how engaged the director and leadership have been at managing care and regulating the Arizona State Hospital.

The transition team will be making recommendations to the new governor quickly because of the time constraints involved. They’ll be looking for agency heads that they believe are wholly unqualified for the current position, some that may be OK for now, and some they think are solid performers that they would recommend for retention. There’s always a blend of the three.

As the transition team meetings are happening, agency directors and sometimes Assistant and Deputy Directors will be invited to reapply for their existing position. The transition team will have activated a website where people can apply for positions in the new administration (that website usually goes up in early November).

They’ll also be working their professional and personal contacts to identify persons that might be a good fit for key leadership positions in the agencies.

As the transition continues, agency staff – especially the 38 agency directors – will be paying close attention to the verbal and nonverbal cues they get from the emerging governor’s team. Agency directors can’t be fired by the incoming administration before the inauguration but are often given subliminal signals about whether they’re likely to be retained or not.

Governors usually tell their transition team heads who they’d like to see as their chief of staff. That’s usually one person, but not always. For example, Napolitano informed her transition co-chairs (Hurwitz & Herstam) that she wanted co-chiefs of staff – one for policy (Dennis Burke) & one for operations (Alan Stephens).

The governor elect will announce who their chief of staff and other advisors will be (usually in November). Sometimes, these persons will be members of the transition team or professional contacts who they have. They are often people who the governor-elect has worked with personally or professionally over the years. Some may even come from the website where people are invited to apply for positions with the administration (but that happens rarely in my experience).

As the governor’s office personnel fall into place the transition team takes on less importance as the incoming governor will generally begin to also listen to and act on the recommendations of his or her new staff.

The transition team’s work is fast and furious in November and December but usually wraps up before the inauguration. Members of the budget/finance transition team may continue to work until the new governor sends her proposed budget to the legislature in mid-January.

In my experience, transitions don’t end at the inauguration. They go on for about 6 months. As the governor and her staff on the 8th and 9th floor learn more about the persons at the state agencies, they begin to solidify their opinions about where they want to make more policy or personnel changes.

For example, Governor Brewer was most interested in competence, operational integrity, and service to the public. Governor Ducey was more concerned with optics, personal loyalty, and assurances that the agency director will subjugate their opinions to those of the governor.

By next week’s policy update we will know who the next governor will be – and perhaps I’ll be able to shed light on what the next couple of months will bring.