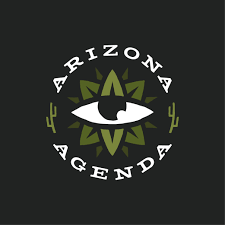 In part, because of redistricting, there is a ton of turnover at the Arizona State Legislature coming. Thise changes will have big implications for the movers and shakers down at the Capitol because so much of lobbyist’s influence is due to relationships. With so many new faces – they’ll need to build new relationships – and a lot of them.

I started writing a piece earlier this week to explain what it all means- but then the Arizona Agenda came out with an explainer last week. There’s no way I can explain it better than Rachel Leingang & Hank Stephenson did in their piece last week…  so, I’m providing it for you here (with attribution).

With Democrats freshly in control of nearly every statewide office and massive turnover in the Legislature, the power dynamics at the Capitol are rapidly changing.

Many of the old power brokers are on the outs, and a new class of influencers will have an opportunity to prove they can enact policy in the newly purple state. Holding the Republican caucus together is no longer the go-to play. The mandate from the Governor’s Office is a bipartisan policy agenda, and in a split government, building a coalition is key.

Sure, the Legislature is still full of MAGA warriors. Warren Petersen is leading the state Senate, and Sen. Wendy Rogers and her ilk mostly run the Legislature’s most powerful committees. But if you’re a lobbyist looking to pass bills at the Capitol next year, you’re probably not asking “Freedom Caucus” leader Rep. Jake Hoffman to sponsor them.

The Republican firebrands who have largely set the tone and direction of the state Legislature are on the outs, as are their friends in the lobbying class.

Instead, Capitol lobbyists say they’re looking at moderate Republicans and, for the first time in more than a decade, Democrats, to help push their policy priorities through the legislative process.

The same politicians who were preparing for four years on the back bench under a Kari Lake governorship are now seeing their political fortunes skyrocket. A month ago, for example, Republican Sen. T.J. Shope was blocked on Twitter by the potential next governor. Today, he’s almost universally considered one of the Capitol’s most influential leaders, several lobbyists said.

“T.J. Shope will have to run all the bills,” one lobbyist joked.

The ranks of moderate Republicans have been decimated in recent years. But we may for the first time see the “moderate caucus” grow, or at least see an increasing number of Republican lawmakers crossing the aisle to work with Democrats to pass shared priorities out of necessity or self-preservation.

Keep an eye on Republican lawmakers from swing districts¹, like Reps. Justin Wilmeth and Matt Gress, and Sens. Steve Kaiser, Shope and J.D. Mesnard. Political insiders also point to a handful of Republicans with independent streaks, like Reps. Ken Bennett and David Cook and Sen. Sine Kerr, or a willingness to cut deals, like Sen. David Gowan, as the type that will thrive in a divided government.

And legislative Democrats, with their former colleague now on the Ninth Floor, are a more powerful force than they have been in more than a decade. While individual Democrats are sure to shine under a Democratic governorship, the Democratic leaders in both caucuses will now wield nearly as much power as their Republican counterparts. Senate Democratic Leader Raquel Terán and House Democratic Leader Andrés Cano, working with the Governor’s Office, will likely drive the state budget process, for example, not Republicans.

But it’s not just the politicians whose influences are waxing or waning. The lobbying class will change as well. While many of the old-timers were savvy enough to not make personal enemies with either candidate, others put all their eggs in the Lake basket.

Those in the lobbying and consulting corps who offered their full-throated backing of losing America First candidates could see their fortunes flop, like their candidates. Lobbyists like Spencer Kamps of the Homebuilders’ Association of Central Arizona, Bas Aja of the Cattlemen’s Association, Danny Seiden of the Arizona Chamber of Commerce and Industry and Patrick Bray of the Arizona Farm and Ranch Group were all major Lake supporters who were rumored to be among possible picks for her administration.

Instead, the political power center of Arizona is now built around centrist Democrats like lobbyist Mike Haener, the co-chair of her transition team who has been a staple in state government and policy since the Janet Napolitano administration; Chad Campbell of Strategies 360, a former lawmaker and longtime Hobbs friend and ally; and Joe Wolf, Hobbs’ top campaign adviser, as well as a few Republicans who stuck by Hobbs through the campaign.

Perhaps the biggest question is where Arizona’s progressive infrastructure fits into the Hobbs machine. What kind of influence groups like LUCHA, Progress Arizona and unions that supported Hobbs will have on the governor’s agenda, and will they ultimately work as friend or foe to her generally center-left administration? On that front, one lobbyist warned that while progressives will certainly have their best opportunity for wins in years, similar to far-right Republicans, progressives focused on controversial issues should stay sober about what’s possible, even under a Democratic governor.