The Governor called a Special Session of the Legislature this week to facilitate the passage of a series of statutory changes to address Arizona’s Opioid epidemic. The Bill (called HB 2001 in the House) tackles a wide range of issues as identified in ADHS’ September 5 report.  Some of the interventions include:

The Bill is moving rapidly and received a pass recommendation from the House Health Committee on Tuesday. The expedited process and the Stakeholder meetings that were included during its development will likely result in quick passage and approval. AzPHA has signed up in support of the measure.

Under Medicaid law, states are required to provide coverage beginning 3 months prior to the person’s application if the person would have been eligible during those months. Medicaid covers unpaid medical bills incurred during that time.

The retroactive coverage ensures that enrollees aren’t hit with medical bills for the 3 months before they applied for Medicaid if their income was so low that they would have been Medicaid eligible. It also provides an incentive for doctors and hospitals to treat uninsured Medicaid eligible people because they’ll be paid for the services once the person is enrolled.

AHCCCS is proposing a Prior Quarter Coverage Waiver Amendment asking CMS’ permission to stop covering “prior quarter” coverage. The public has until February 25 to comment on the proposal.  Written comments can be sent to publicinput@azahcccs.gov.

You may want to think about framing your comments by urging CMS to require a 6 month or 1-year limit on the waiver and make final approval conditional upon an evaluation of the impact on hospitals’ and community providers’ uncompensated care burden as well as the effect on consumer medical debt and gaps in coverage prior to enrollment.

The (temporary) federal budget bill that was passed and signed this week included a 6-year extension of the federal Children’s Health Insurance Program (called KidsCare in AZ).

HB 2127 would remove the trigger that automatically freezes the KidsCare program if FMAP (the federal contribution) drops below 100% and allow the state to freeze it if costs are more than the state or federal allotment. We’ve signed up in support of this bill because it provides a pathway to keep Kids Care if the federal government drops its contribution level.  This will be heard in House Health on Thursday.

Last week I covered the Bills relating to public health that had been proposed as of last week.  Here are the new bills from this week:

This bill would appropriate $400K to ADES to develop the infrastructure for a produce incentive program within the Supplemental Nutrition Assistance Program (SNAP) for members to buy Arizona-grown fruits and vegetables.  It would also provide matching funds to SNAP-authorized vendors as an incentive to participate in the fruits and vegetable program.  We’ve signed up in support of this Bill.  It hasn’t been scheduled for a committee hearing yet.

This bill would make it clear that cities, towns and counties can’t restrict food producers (including community gardens) from producing food products with some exceptions and including inspection authority.

This bill would prohibit cities and other jurisdictions from having photo enforcement for red light running and speeding.  While nobody likes getting a ticket in the mail, the data suggest that photo enforcement saves lives and prevents injuries (especially photo red lights).  We’ve signed up in opposition to the bill.  SB 2208 will be heard in the House Judiciary and Public Safety Committee on Wednesday afternoon.

Bills Being Heard in Committee this Week

This Bill (which is a priority for AzPHA) is being heard in the House Health Committee on Thursday, January 25.  It would charge the ADHS with developing a voluntary certification program for community health workers.  The Department rulemaking would include certification standards including qualifications, core competencies, and continuing education requirements. We’ve signed up in support of this bill.

This Bill will be heard in the House Health Committee on Thursday.   Tanning facility operators would be prohibited from allowing a person under 18 years of age to use a “tanning device”. Tanning facilities are prohibited from advertising or distributing promotional materials that claim that using a tanning device is free from risk or will result in medical or health benefits. We’ve signed on in support of this.

Yuma County is part of a cohort of 11 communities selected nationwide to participate.  A link to the program can be found here: http://www.naco.org/resources/programs-and-services/rural-impact-county-challenge-national-effort-combat-rural-child. 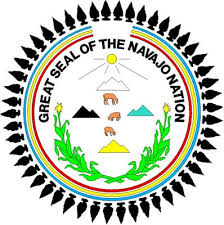