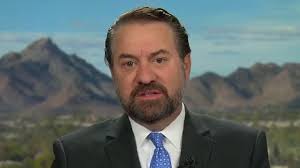 Last week Attorney General Brnovich filed a ‘lawsuit’ in federal court challenging Biden’s announcement that he is asking OSHA to issue an emergency rule requiring employers with more than 100 staff to make sure their team is vaccinated or undergo weekly testing.

The thing is that OSHA hasn’t even proposed the regulation yet!

Nevertheless, the Brnovich filed the lawsuit to challenge a NONEXISTANT regulation! If he were interested in changing public policy regarding vaccine mandates, he would have waited to file a suit until OSHA promulgates a rule.

Of course, his goal wasn’t to influence policy…  his purpose was to get the attention of the bookers on FOX News and Newsmax and get him on national television – where his Republican primary voters reside. Arizona Attorney General Mark Brnovich sues over Biden vaccine rules

In that sense, Mission Accomplished.