One of the successes of the Affordable Care Act was the development of the health insurance Marketplace.  States can have can have a significant impact on what the premiums are on their state’s Marketplace plans by using some of the policy tools available in the ACA.

Many states have recently taken administrative action to lower the Marketplace premiums in their states by implementing reinsurance waivers.  Reinsurance programs allow states to reimburse insurers for certain high-cost claims, allowing them to lower premiums overall. In essence, reinsurance (insurance for insurance) creates a backstop for insurers for super-expensive claims – which makes insurance for everybody more affordable.

Basically, 1332 waivers offer states the opportunity to implement reinsurance waivers that have a direct and beneficial effect on Marketplace premiums that benefit their residents. Seems like a no-brainer in terms of smart public policy.

Will Arizona be next in line to seek a reinsurance waiver to help reduce Marketplace premiums in AZ? 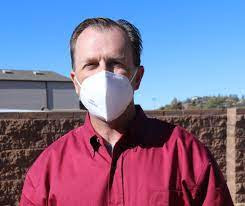 Join Us on Friday, June 24, 2022 for an Action Update from the Field – Gila County: Best Practices & Lessons Learned Responding to COVID-19, Fires, and Floods