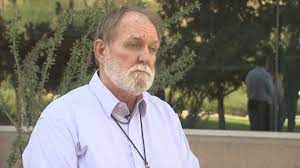 Representatives of rural county hospitals in Cochise, Santa Cruz, Pima and Yuma Counties sent ADHS Interim Director Don Herrington a letter this week urging him to help them by facilitating patient transfers from saturated rural hospitals to urban facilities. Rural hospitals are very different from large urban hospital systems in that don’t have sister hospitals to smooth out care to meet patient needs.

One of the few successful initiatives that former Director Christ implemented was the Surge Line, which helped rural hospitals’ ability to transfer patients to other facilities. The Surge Line was critically important during the July and December – February hospital crises’ (precipitated by Governor Ducey and former Director Christ’s poor decision-making and operational failures).

Yesterday, Don sent this letter to those rural hospital representatives telling them to ‘Pound Sand’:

“The capacity challenges facing hospitals in the Southern region are similar across all regions of the state. Due to the healthcare staffing shortages across the entire state limiting available beds across the healthcare system, expansion of the Arizona Surge Line to all patient transfers is not currently a viable option to improve patient transfers. As you’ve stated, the most immediate way to bolster capacity and improve patient outcomes in Arizona is to enhance staffing in hospitals across the state. This initiative is currently underway with over 70 nurses contracted through the Surge Staffing Initiative expected to start in Arizona this week and nearly 200 expected to start by the end of September. Contracting for additional nurses is ongoing.”

Astonishingly, Interim Director Herrington said “no” we will not help you with patient transfers. Furthermore, he suggested that the solution will come when “…70 nurses contracted through the Surge Staffing Initiative” arrive in the state.

Are you kidding me? 70 nurses over 3 shifts can cover like 70 ICU patients. He really thinks that bringing in 70 nurses is going to solve the problems of a saturated rural hospital system?

Furthermore, the letter throws another shiny mirror into the corner of the room by again promoting Regeneron (a monoclonal antibody treatment that is marginally effective in some people with high-risk conditions very early in their infection). The Regeneron reference is clearly included in the letter to throw a bone to the governor. Many right-wing governors hostile to vaccine requirements and masking are touting Regeneron as a solution to saturated hospitals.

Governor Ducey has hopped on that hay-ride big time, and now it appears that Interim Director Herrington has too.

Those of us that were hoping that the leadership change at ADHS was going to make a difference are losing faith fast. I’ve lost it.