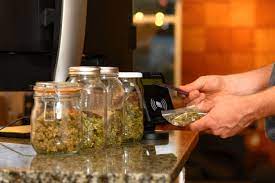 Agency Fails to Release their Methodology (at Least So Far)

When voters approved the new Adult Use Marijuana law last November they required the ADHS to establish a social equity program that would provide an opportunity for people that live in areas that have been “disproportionately affected by the enforcement of Arizona Marijuana Laws” an opportunity to qualify for a license to run a marijuana store (all the other stores are converted medical marijuana dispensaries).

In total, the ADHS will be issuing a couple of dozen additional marijuana licenses to persons who qualify under the social equity program.

The language that the voters approved told the agency to give preference to person that live in areas that have long suffered from over-policing and over-prosecuting for possessing small amounts of marijuana.

Last Friday, ADHS released the set of Zip Codes that they believe qualify as having been over policed and over prosecuted. Interestingly, they didn’t provide a map or disclose the criteria that they used to make the decision. Puzzling why they would release the list with no description of the methodology or data sets that they used.

For me, this is an important development, because it’s the first time that I’m aware of that the State of Arizona has officially conceded that certain parts of the state have been disproportionately suffering from over-policing and over-prosecuting, with important social justice consequences.