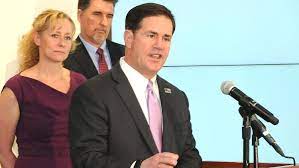 Their audits and reviews assess how various State governmental entities, such as State agencies and school districts are performing—that is, how well they are fulfilling their statutory mandates and serving Arizona’s citizens. Sunset reviews help the Legislature decide whether to continue or terminate (“sunset”) an agency. There were two key reports recently published that highlight this important work.

In a new report this week, the auditors found disturbing financial irregularities in which ADES (during the Christ Betlach leadership era) misspent and fraudulently distributed literally billions of dollars in federal funds. That report, published on May 25 for the Joint Legislative Audit Committee meeting found that:

During the time when Acting Director’s Christ and Betlach were in charge of the Arizona Department of Economic Security, the agency failed to put identity verification or other anti-fraud measures in place and ended up over $1.6B in fraudulent unemployment insurance claims out of the $5.1Billion dollars in total claims paid as of June 30, 2020. In other words, more than 31% of the unemployment insurance claims paid out through June 30, 2020 were fraudulent!

ADES paid an additional $2.8 billion in fraudulent claims between June 30, 2020 through September 4, 2021, for a total of $4.4 billion of fraudulent claims paid! See Page 4 of the Joint Legislative Audit Committee report.

It’s unclear whether any kind of punishment is in the offing from the federal government for this astonishing lack of attention to detail.