Governor Hobbs, Attorney General Mayes and Secretary Fontes and the other statewide elected officials were sworn in this morning just after 10am. A nuance of state law means they take up their posts even though the new state legislature won’t convene until January 9.

This morning’s swearing in was a private affair, but there will be a more public Inauguration ceremony Thursday at 10am outdoors between the House and Senate buildings. Tickets are required for the event and are still available as of the time I’m writing this at Event Details | AZ Inauguration.

The outgoing legislature doesn’t have any hearings scheduled except for a meeting of the Joint Legislative Psychiatric Hospital Review Council Thursday afternoon at 2pm. I’m on the agenda to talk about psychiatric treatment facility network, provider accountability, the importance of having actuarial rates that support the treatment network you need, and Arizona State Hospital governance. legislative session begins next Monday, January 9, 2023. 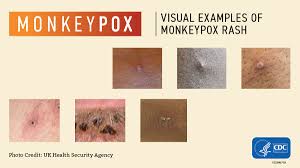 Monkeypox on the Rise in Arizona: What You Need to Know