The CUP award was established in 1999 through a generous endowment given by the Health Systems Agency of Southeastern Arizona (HSASA). HSASA was the designated health planning agency for Southeastern Arizona from 1973 until its closing in 1987. The CUP award created an opportunity to recognize persons or entities that demonstrated a sustained effort in assuring health services to the underserved in Arizona.

The CUP award became ‘The AzPHA Elsie Eyer CUP Award’ in 2015 in honor of Elsie Eyer, a long time Arizona public health leader in recognition of her years dedicated to the Association, public health and access to care throughout Arizona. The first AzPHA Elsie Eyer CUP Award was awarded in 2016. The Elsie Eyer Commitment to Underserved People Award recognizes an individual or organization that has demonstrated a sustained effort in assuring the delivery of health services to underserved populations in Arizona. 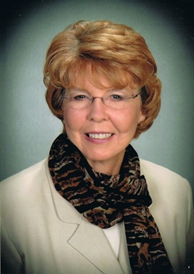 Well-respected and well-liked leader in the Arizona Public Health community. She was a longtime member of AzPHA, and she served on the Board in several capacities, including President. She was active on the national scene as part of the American Public Health Association, and she was a candidate for APHA president in 1998. She worked at the the Coconino County Health Department for 27 years, serving in several roles including director.

She also served as the Assistant Director for Public Health Services at ADHS for four years. She was a steadfast supporter of access to family planning services and served on what is now called the Arizona Family Health Partnership board, including serving as its President. She played a central role in the allocation of federal Title X funds to community agencies and county health departments. Upon retirement in 2000, after 45 years in public health, she became the 3rd AzPHA Executive Director.